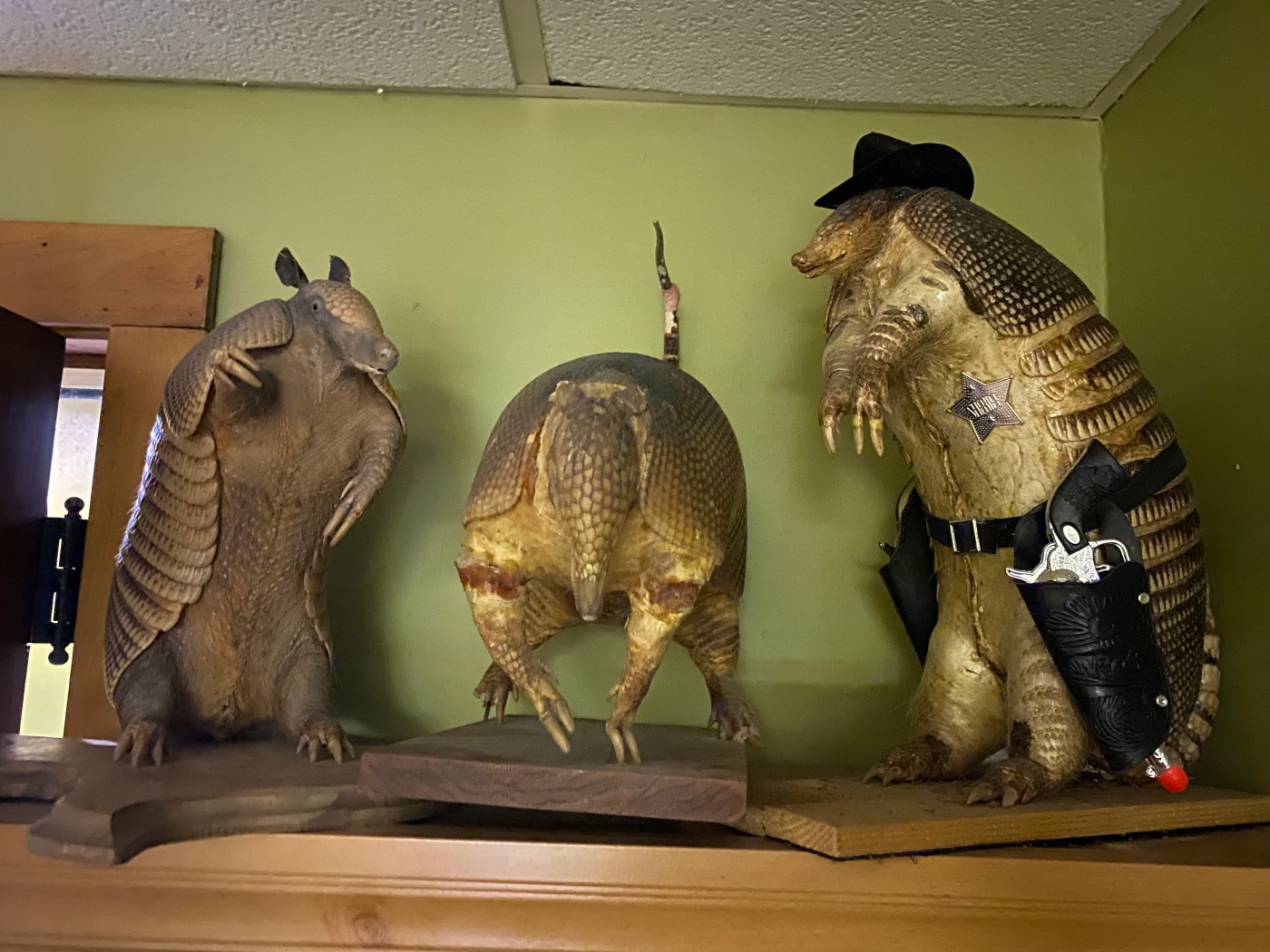 This isn’t what you expect to see in the basement of a theater.

I was hosting an event at Pioneer Place on Fifth in Downtown St. Cloud in late November, a place I’m no stranger too. I have been a performer and audience at the theater numerous times. Before the new owners took over a few years ago, the basement was filled with stuff. Wall to wall leftover set pieces and furniture, so stuffed armadillos wouldn’t be out of place.

But when the new management came in, all the stuff came out and they really cleaned the place up.

Now the armadillos stand out a little more.

The Pioneer Place on Fifth is notoriously haunted. The building used to be an Elks lodge, and there have been multiple reports of spirits residing in the building. It’s believed to be haunted by an elderly man who enjoys the area near the upstairs men’s bathroom. Electrical issues, moving objects, unexplained sounds have been reported over the years, and in 2018 one of the basement ghosts was caught on camera.

I don’t know what the story of these stuffed oddities are, or who exactly they belong to. One is a little sheriff, and a couple are enjoying local craft beer. They are unique and I love them, but I honestly have no idea what they are doing below the street of 5th ave.