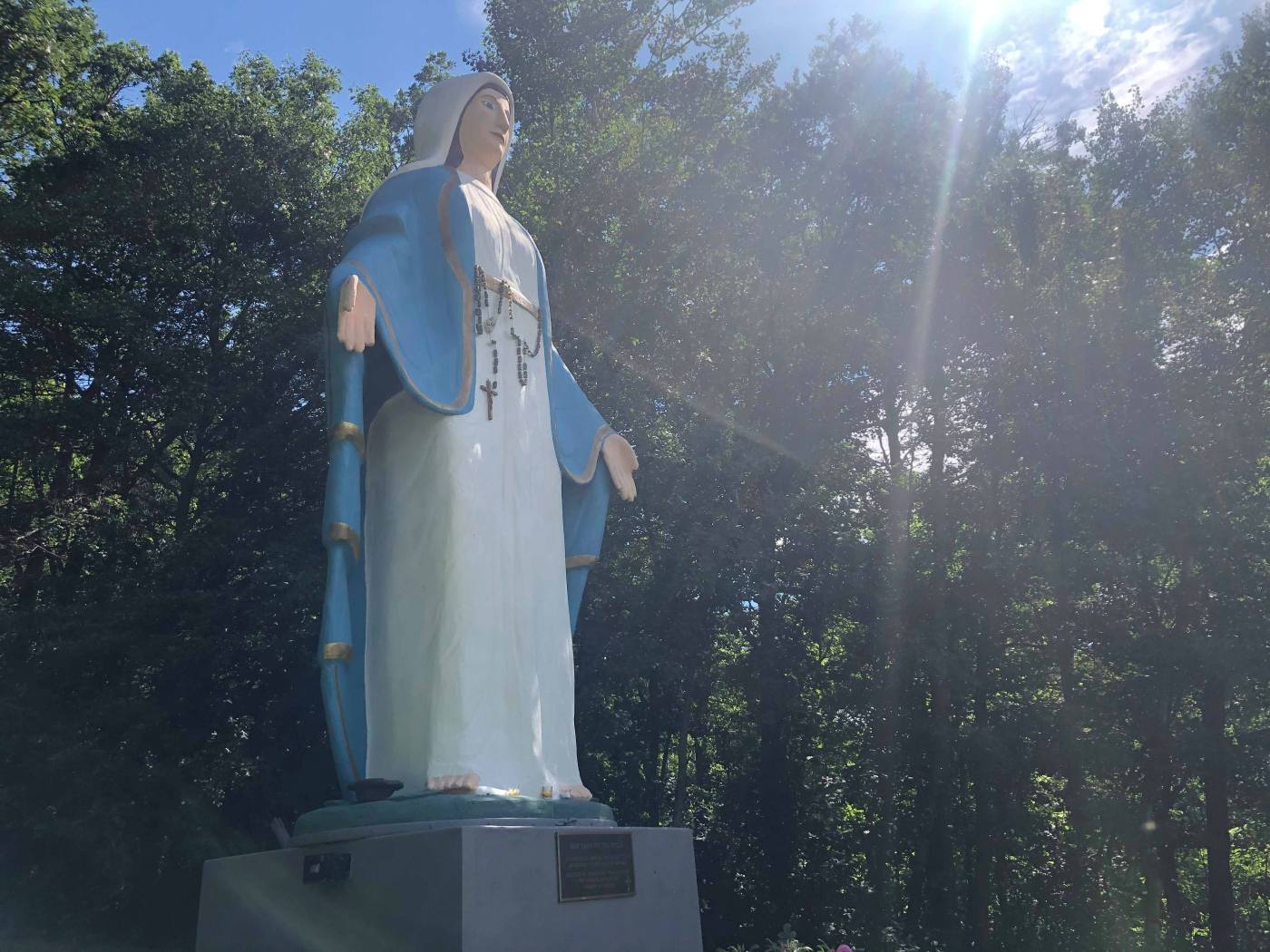 My grandparents just recently built a cabin near Battle Lake, Minnesota and over the weekend my whole family went there for some good quality time.

Being early risers, we were all up and at it Saturday morning discussing what to do while we waited for the rest of the family to show up. My grandma Sue suggested we go visit the Lady of the Hills. I saw “Lady of the Hills Road” in Millerville as we were driving up late Friday, and it peaked my interest so I was all in.

My grandma had been there before so she directed me as I drove down an unassuming gravel road. I honestly thought it couldn’t be right. Who would build a statue and then place it in the middle of no where? But as soon as the thought finished crossing my mind, there she was.

A giant 4,500 lb, 16.8 foot cement statue of The Virgin Mary stood in an immaculately landscaped area, just below the third highest hill in the state of Minnesota.

Bill Danelke is the reason that statue stands there. Bill was in a farming accident in 1953 with a cow where the horn caught his jaw and saliva gland. When a doctor cut some of the infected area out, it tested cancerous. Bill’s mother said if he prayed a rosary every day, the Blessed Mother Mary would help him through his cancer treatment. Bill took it one step further and promised to build a statue in Mary’s honor. And he did just that in 1992.

Even with this statue being in the “middle of nowhere”, it still sees many a visitor. Not just from around Minnesota, but from all over the world. There were three pages filled comepletely in the guest book from spring of 2019, and we were there in early July.

If you are up in the Millerville area this summer, I highly suggest making a stop. It’s a cool thing to check out. Get directions to the statue here!